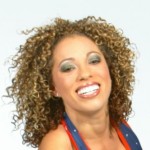 Tara-Caprice Broadwater
Owner/Director of Love2Dance All-Stars
Tara is a former Golden State Warrior dancer with decades of Performance and Teaching experience. She has trained many award-winning and nationally ranked teams, including the Studio’s own Love2Dance All-Stars. Tara has won many awards for her dancing and choreography. She is very involved in the community and continues to be active in local schools and volunteer work in Novato. Tara encourages positive attitudes and fosters a supportive environment, which promotes increased self-esteem and a feeling of accomplishment. Tara makes every student feel special and welcome. She looks forward to many more years of inspiring Novato dancers both young and old.  Click here to see a news highlight from 2015.  Click Here to see a news highlight from 2017.

Jeanne Tidwell
Business Manager
Jeanne has been involved in Love2Dance since its inception as camp counselor, recital volunteer and participant. For the past fifteen years, she has been co-director of the Love2Dance All-Stars. In addition to her involvement in the All-Star program, Jeanne brings her 30 years of experience to the studio as office manager and tap teacher. Jeanne's expertise is a welcome addition to the studio's day to day activities. Her husband Larry and daughters, Jennifer and Jaime, also continue to be important members of the Love2Dance family.

Dawn Gilbert
Instructor
Dawn Gilbert's performance repertoire is quite diverse, and includes playing "Connie Wong" in A Chorus Line, levitating as a magician's assistant, soloist in various dance reviews, a Golden State Warrior Girl, performing with elephants and birds and being a spokesmodel. She has trained and performed all over the world in many facets of dance including ballet, Pointe, classical jazz, lyrical, hip hop, acrobatics, flamenco, and modern to name a few. Dawn has produced, directed and choreographed many shows including Miss Nevada 2000 and 2001, which is a preliminary to Miss America and Miss Nevada's Outstanding Teen 2006. She has coached many young teens and women to win scholarships in the pageant world. She was also a judge and dance coach for Junior Olympic Women's Gymnastics. Most recently, she received her Acrobatic Arts Certification Credentials which allows her to train students to achieve their student certification up to level 6.

Carolyn McKay
Instructor
Carolyn has been dancing since she was three years old. She studied all types and styles of dance at That's Dancin'/Gold Coast Ballet in southern California. Carolyn graduated from Sonoma State University and graduated from Golden Gate University with her Masters Degree in Human Resources.  She currently works for a small employee group benefits insurance broker in Petaluma. Carolyn began her time at Love2Dance as a student in the adult classes in 2010, she has been teaching ever since and is excited to be a part of the Love2Dance community. Carolyn facilitates many of the studio's birthday parties which is perfect because she loves to bake and decorate cupcakes.

Ashley Acquistapace-Miller
Instructor
Ashley began dancing at the age of 3 at The Dance Connection. She studied tap, ballet, pointe, jazz, modern, lyrical, contemporary, and Laban Movement Analysis. Ashley graduated Magna Cum Laude from Sonoma State University with degrees in Dance and Liberal Studies. While in college, Ashley had the opportunity to work with many renowned contemporary choreographers including Stacey Printz (Printz Dance Project), Kristen Daley, Scott Wells (Scott Wells and Dancers),Sheldon Smith (Smith/Wymore Disappearing Acts), Nancy Lyons, and Kathleen Hermesdorf. She then received her Multiple Subject Teaching Credential with Dance Supplement from Dominican University of California and currently teaches upper elementary school. Ashley’s passion for teaching began at a young age, when she would spend hours at the studio watching and assisting her aunt as she taught all styles of dance. By the time she was in high school, Ashley was teaching her own classes and was the Assistant Coach to the younger competitive dance company, while also competing herself. Since then, she has trained many award winning dancers in Northern California and has won numerous choreography recognitions. Ashley loves being a part of the Love2Dance community, as it allows her to be a positive role model and mentor to young dancers, while also giving her the opportunity to share and bring to life her choreographic visions on stage. 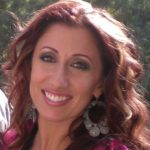 Jentesta Caldwell
Instructor
Jentesta Caldwell has been a member of the Love2Dance teaching staff for over a decade.  Her training includes ballet, tap, jazz, hip-hop,acrobatics and ballroom.  Jen was a member of the Golden State Warriors Dance Team for six season and is currently dancing with La Femme Panache, a San Francisco based Dance and Talent company.  Her professional dance career has taken her to many places including China, Las Vegas, Taiwan, the Philippines and London where she performed in the New Year's Day Parade.  Jen's choreography is unique and dynamic, she pushes her students to excel and achieve their goals.  Jen looks forward to helping her students connect with the music and tell a story through contemporary dance. 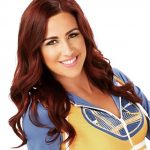 Elizabeth Stafford
Instructor/Lead Office Administrator
You may recognize Lizzie from Oracle Arena since she was a dancer for the Golden State Warriors Dance Team for four seasons. Lizzie began her dance training at Love2Dance in high school and went on to study dance in college.  It has always been a dream of hers to one day return to the studio as a dance teacher. She is excited to share her vast knowledge of the performance and entertainment industry with the students of Love2Dance. Lizzie's kind demeanor and excellent communication skills have come in handy as she works in the studio front office. 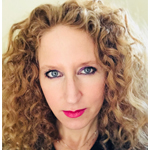 Tamara Shive
Instructor
Tamara was born and raised in Wichita, Kansas where she started dancing at the age of 3 and began dancing pre-professionally in ballet at the age of 10. Tamara earned her BFA in Dance on scholarship at The University of Kansas and shortly thereafter moved to Miami to work at some of the most well respected dance studios in the Country with an intense desire to choreograph and teach. She taught in Miami for more than 20 years before moving to Novato with her husband and two boys in the summer of 2014. Tamara is well versed in all areas of ballet, jazz, lyrical, tap and acrobatics. She has won numerous awards for her choreography and is a seasoned competition teacher. Her performance experience is also vast, dancing with the Tennessee Ballet, Metropolitan Ballet of Wichita, Motion Dance Company of Miami and in various musical theatre productions, as well as having had her own entertainment production company. Tamara is a fun, highly energetic teacher and is very excited to share her extensive knowledge and passion for dance to the next generation here in Novato. 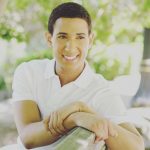 Desmond Fambrini
Instructor
Desmond began his dancing career 15 years ago in Marin County. He has trained in many styles of dance and gymnastics and was a member of the professional dance organization Funk Beyond Control. Desmond traveled and competed in a variety of industry events such as Hip Hop International and America’s Got Talent. He then moved on to minor in theater with a dance emphasis at Dartmouth College.  Upon graduation he returned to the Bay Area as a multi-subject teacher who continues his passion for dance both inside and outside the classroom. Desmond most recently taught Kindergarten in Oakland and is completing his Masters Degree.  Desmond has a fun-loving nature and an intricate dance style all his own, he has choreographed many platinum award-winning routines for the studio's competition teams. 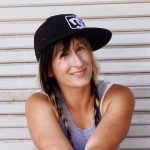 Dana Soto
Instructor
Dana Soto is an L2D alumni and is excited to be instructing at the studio again. Previously, she was the co-choreographer/captain for the Feather River College Dance/Cheer Team. She also has instructed classes, workshops and coached competitive teams throughout Marin County, Sonoma County and Sacramento. Dana believes there is no such thing as a bad dancer, just unique styles. She enjoys encouraging her students to embrace their personal style and work hard to learn skills to enhance it. Dana has trained in various styles of dance. Most recently, she has been training in hip hop. She incorporates foundation in breaking, popping, glides and shuffling into her classes. Dana wants her students to remember that dance is a form of self expression and there is only one you. 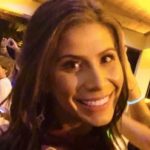 Danielle Garcia
HR Assistant/Assistant Project Manager
Danielle Garcia graduated from Sonoma State with a degree in Sociology and obtained her certification in Human Resources.  She has worked at various elementary schools in Sonoma County as a Physical Education teacher and enjoys volunteering with the Special Olympics.  Danielle is a stellar athlete and excelled in both soccer and softball in her youth. She enjoys working on studio projects which include HR support, Birthday Parties & Summer Camps.